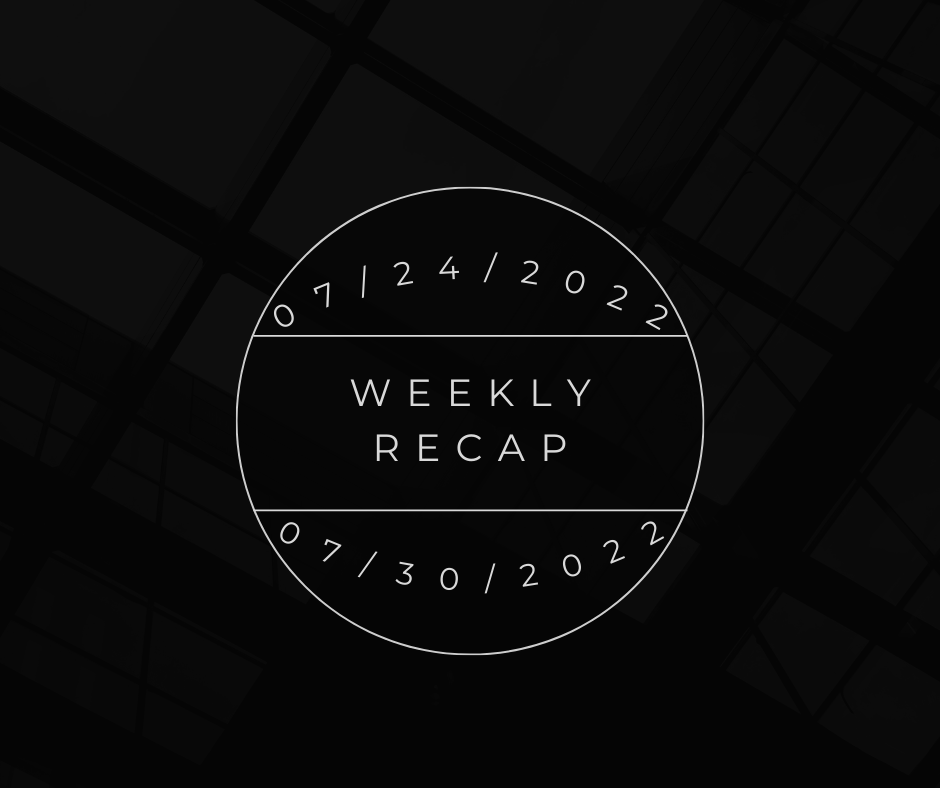 What a week it’s been. Let’s talk about the light hearted stuff first then tackle the more serious finance stuff.

FaZe Clan is a global gaming company. They recently went public as one of, if not the, first public debut of a company like FaZe. If you’re wondering who FaZe is and what they do. They’re an esports gaming company as well as an online entertainment company through channels like streaming and YouTube. I’m a big esports fan and believe in the space long term so when I saw they were going public it was a really cool thing to see. I’m curious to see how this goes for them and how investors will value them. Honestly, it is a bit hard to value them because you have to be able to value esports which is a growing sector of gaming and you have to be able to value content creation. Both are things that investors haven’t needed to value publicly in the past. Will this lead to other gaming and entertainment companies to go the public route? I think time will tell. But for FaZe Clan, it is a cool step forward as it continues to grow and innovate a very brand new world.

Marvel outlined their movies coming out over the next couple years. The machine Disney acquired and continues to run is not showing any signs of slowing down and their fans (I am one of them) are not complaining. Disney bought Marvel Entertainment for $4 billion. Marvel has gone on to make more than $25 billion, proving to be an amazing purchase for Disney. With Phase 4, 5, and 6 being announced, it is easy to see that Marvel isn’t going anywhere any time soon.

It was big tech’s turn to tell investors how their Q2 went this week. Reactions and results were mixed. Google (Alphabet), Microsoft, and Facebook (Meta) all missed on earnings. Both Google and Microsoft cited a strong dollar being an issue with customers globally. Additionally, all three companies noted that the reduction of ad spending across their platforms due to economic conditions was to blame for their revenue misses as well. However, Google and Microsoft were actually up on their news because even though they missed, it was just barely and they’re showing positive outlooks. For Facebook, their stock reacted poorly to the news. Mostly because they are continuing to spend a lot of money on their Metaverse hope and it is now two quarters in a row that they have missed.

For Apple, they beat their earnings expectations and showed good growth although slowing for the time being. This was driven by iPhone sales and more customers entering the Apple universe with the purchase of the iPhone and then their service subscriptions as well. They are seeing some slowing growth in sales of Macs, iPads, and some other products but overall have a positive outlook into the rest of the year. Once again, Apple proves to be an unbelievably resilient and efficient company.

Amazon also beat expectations driven by higher revenue than expected. They showed that their ad business and cloud services business are continuing to show promising growth and beat their expectations. Their focus going forward is to be a more efficient company with regards to theirs costs as they are impacted heavily by the increasing energy costs. However, they are positive going into the third quarter and are hopeful consumers will stay resilient and continue spending.

To combat inflation, the Fed raised their Fed Funds rate again by another 0.75%. If you’re wondering what this means for you, check out my blog here where I go over exactly what that means.

For the second consecutive quarter we had negative GDP growth. In the second quarter, GDP shrank 0.9%. This came from decreasing inventories, less investment in residential and nonresidential sectors, and overall less government spending.

The market didn’t really respond to the news when it came out and even had some rallies later in the week. That is because there is still a lot of good data coming out of the economy with the major one being the labor market remaining strong.