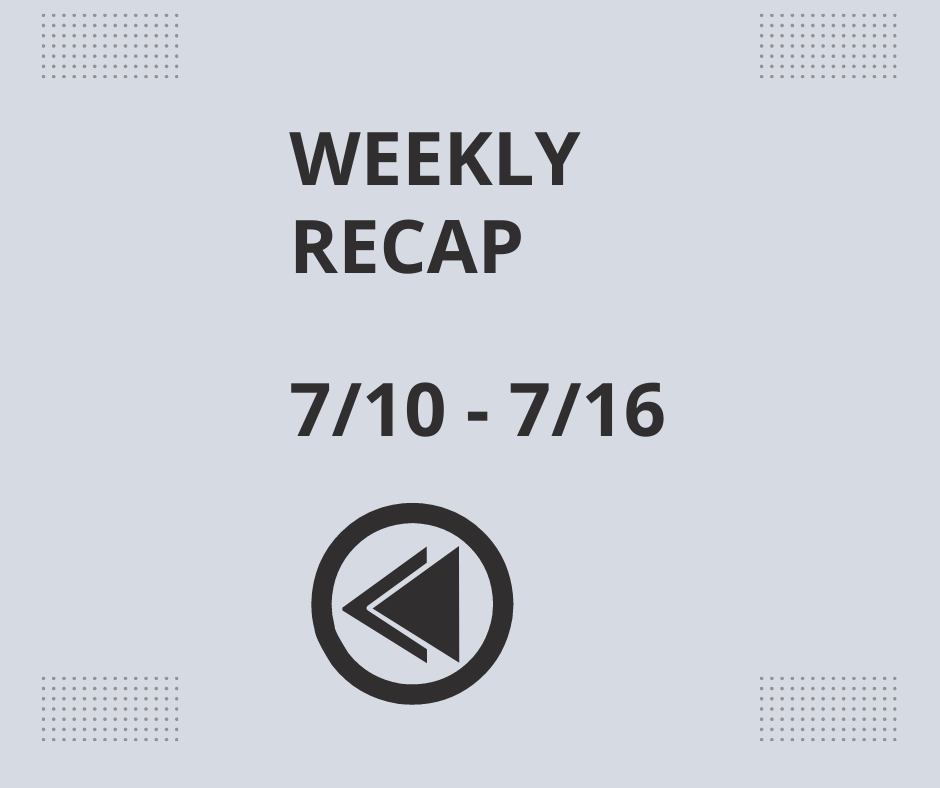 The first edition of the weekly recap. A blog that will cover 3-5 stories on a variety of different topics finance related and not finance related that occurred during that week.

The latest unemployment reading that we had showed unemployment remaining at 3.6%. We even had the jobs market add 372,000 jobs in June. This labor market is showing historic strength and pushing into the second half of 2022 is very welcomed good news.

It is hard to tell if we will continue to add jobs at the rate we have been. However, it is ok if we add less jobs as months go on. Even if we were to slow that growth, we are still in a tremendous spot for people looking for employment as there are roughly 2 jobs available for every 1 person unemployed.

We are starting to see prices at the pump and globally start to fall for energy. Hopefully the trend continues and is able to bring down inflation with it.

To combat this inflation, the Fed is going to raise their Fed funds rate again in late July and it will be interesting to see just how much they do so by.

After agreeing to a $44 billion deal that would see Elon buy Twitter, Elon has now terminated the deal. He did so on the basis that Twitter violated the arrangement by not responding to requests made by Elon to see information regarding the amount of bot and spam accounts on Twitter. This is a huge point of contention because Twitter makes money through brand advertisements to its users. If they don’t have as many actual users as they report, it will greatly impact their operations as a business.

Twitter responded by suing Elon to try to forcefully push through the $44 billion deal through the court system saying he is terminating due to financial reasons and that’s breaking the terms of the deal.

This will definitely drag out in court until a decision is made. It is most likely going to take a while.

Netflix is at a pivoting point as a business. User growth has stalled and the potential to lose more and more subscribers looms. In an effort to build a new revenue stream as well as offer subscribers a lower priced product, Netflix has decided to build an ad-supported subscription tier.

They are doing so after years of resisting doing so. But trying times call for big action. Netflix is partnering with Microsoft to help build and maintain this ad-supported tier. It should launch sometime towards the end of 2022.

Our deepest, most detailed look at space we’ve ever had. After years of building and $10 billion later, the James Webb Telescope launched on December 25, 2021. We have finally seen the first pictures from the telescope this past week and they are incredible. If you haven’t seen them yet, I highly recommend you look them up. While I know pretty much nothing in-depth and technical about space and the pictures we have from it, I do know that the potential of what information this telescope can bring us is something we’ve never seen or had access to before.

That’ll be it for this week's recap!