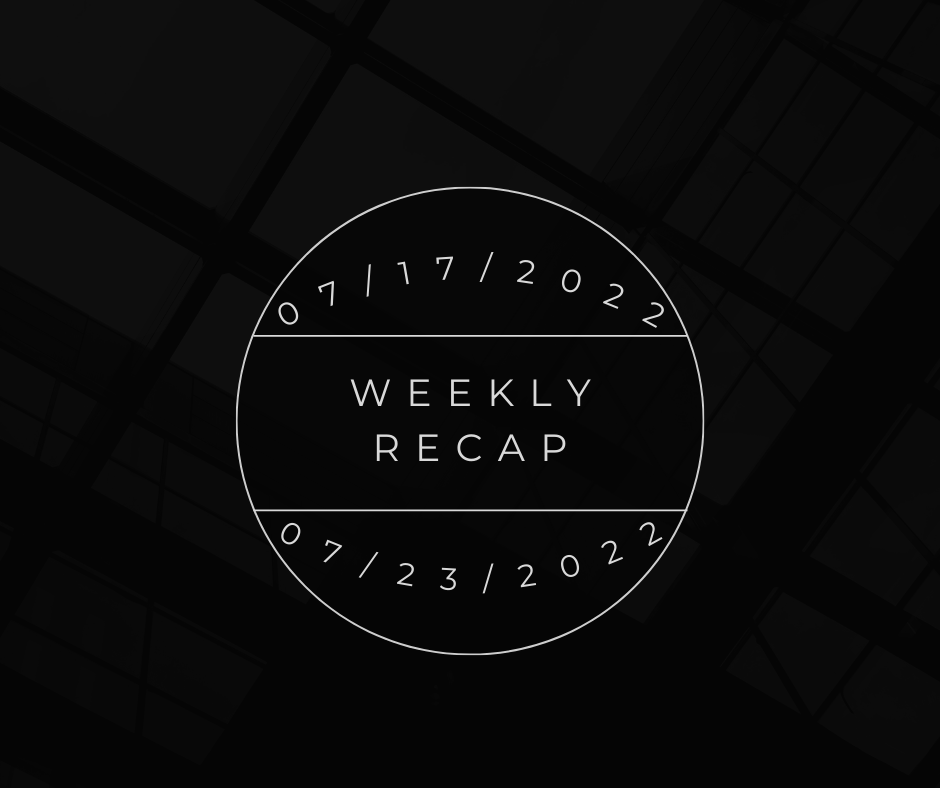 Welcome back to the second edition of the weekly recap. If this is your first time here, welcome, again. This is where we talk about 3-5 topics from the week to wrap up what the week was. It could be finance related or not. Whatever I’m feeling that week.

In recent weeks, Google has said that they are starting to see trends where young people are using TikTok much more often to find local bars, restaurants, stores, etc. The reason being is that when you search for something broad like “good bars or restaurants near me” on Google, you’re hit with hundreds of millions of results and you have to do the work for yourself to see which ones look cool or not. Could take a while.

For TikTok, if a person has the same search, they are shown 10-12 second video clips that show the restaurants or bars. You can then make your decision on that instead of doing all of the further research yourself. So it really comes down to the fact that it is much easier and less time consuming for users when viewing videos.

Is Google worried? Not really. Google owns YouTube and through YouTube they have launched YouTube shorts, which is a clone of TikTok’s structure. So I would expect them to leverage that going forward to compete with TikTok on this front.

Personally, I really like the idea of being able to watch videos of the places I may want to go instead of Googling and doing all of the research myself.

Earnings season is here again and this past week kicked off earnings reports for the second quarter. So far, seemingly so good. Banks and energy stocks have been giving positive reports coming into and during earnings season. As for other companies? We will see. Tesla reported good numbers for Q2 while companies like Snap and Twitter, not so much.

There’s still a number of companies to release earnings but if things remain how they have been, it seems like we will have some pretty good reports overall. I think there has been more attention to this earnings season as investors are trying to weigh how much companies are being impacted by the rising inflation we have been experiencing. This will be a theme throughout the rest of the year but if Q2 is showing us anything, it is that consumers and companies are resilient.

Netflix also released their earnings. If we look back, Q1 for Netflix was not good. They reported that they were losing subscribers and their stock took a significant hit because of it. Coming into Q2, eyes were on them to see if they could right the ship. Did they? Well, sort of.

They forecasted to lose an additional 2 million subscribers in Q2, when they reported, they only lost 970,000. Still losing, but not as much. The gap is closing between them and their streaming rivals when it comes to subscribers. Disney+ and HBO Max have been adding subscribers at an impressive rate since their launches.

Currently Netflix has 221m subscribers, while Disney+ has 138m and HBO Max has 77m. We can see that there is still a significant gap, but Netflix had a 12 year head start starting in 2007 while the other two didn’t start their current streaming platforms until 2019.

Netflix is forecasting that they will add roughly 1 million subscribers in Q3 and hope that their ad-supported subscription coming out in 2023 will help as well.